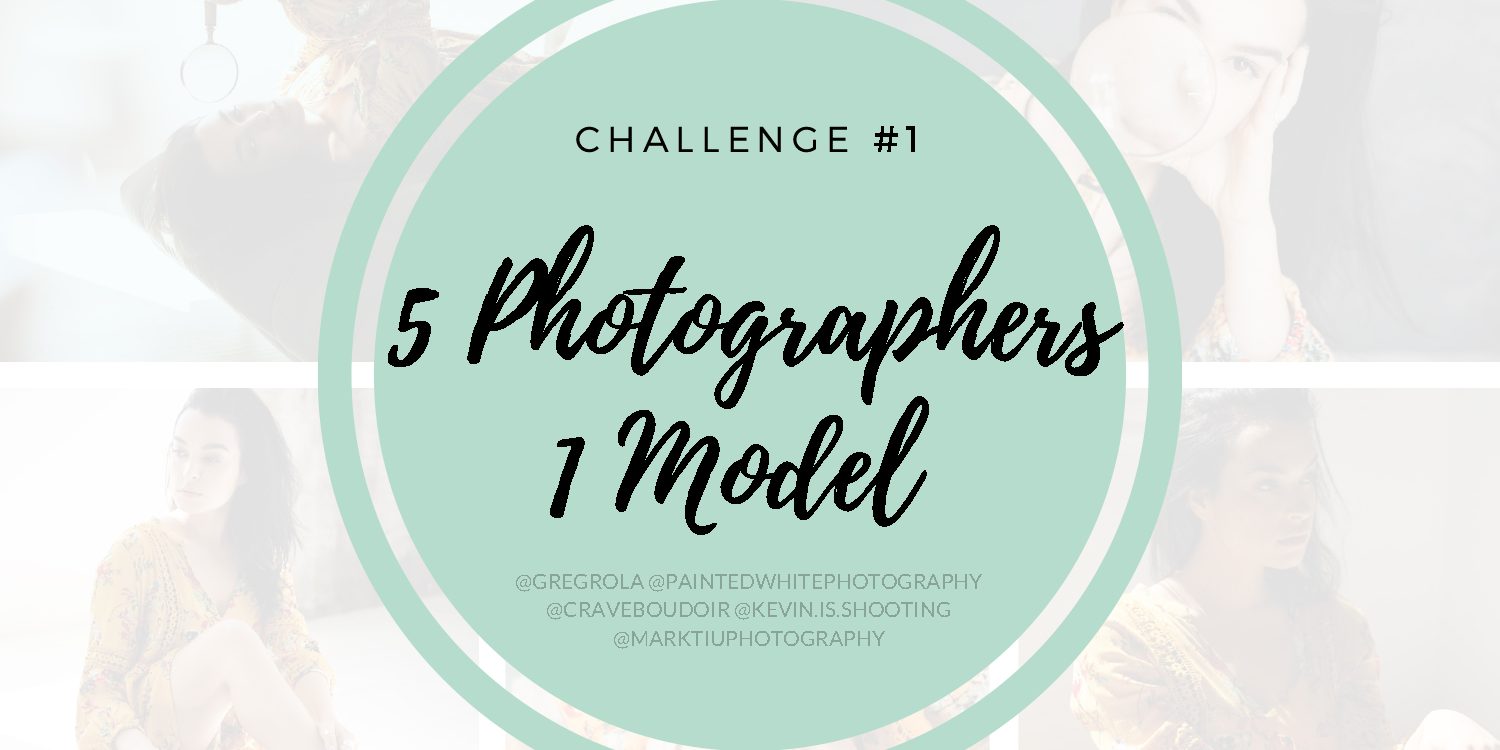 Sunlight shone in through the Lounge windows creating dynamic highlights and shadows in the room, the perfect lighting conditions for the first ever Mint Room challenge.  At 10am the team arrived.  The group consisted of 5 photographers, 1 model, 1 set stylist, 1 designer, 1 makeup artist, 2 videographers and an organizer.  Each participant walked in eager to start creating and curious to see what the day would bring

After the introductions were finished the organizer explained that the goal of the challenge was to encourage creativity and create a supportive environment amongst artists.  Too often than not, creatives spend their time competing against each other instead of cheering each other on, today was meant to change that mindset.

“What I realized as a photographer is that sometimes it can be a really isolating career path. There’s a lack of community and support. We would like to start off doing these challenges to create a community within Mint Room, a place for creatives to come discuss and feed off of each other instead of being afraid, competitive or having a lot of ego.”  -Maya Sherwood

We had chosen lounge to be the first room of the day because of the direct sunlight that shines in throughout the morning to mid-afternoon.  The Lounge is also known to be the most versatile room at Mint Room because of it’s various wall textures and colorful furniture pieces.

For the first challenge photographers were given 15 minutes of shooting time and were each asked to include a selected prop somewhere in their image.  Julia, our set stylist had picked out a vintage magnifying glass to be the first prop of the day.  One by one the photographers started shooting while the rest of the group chatted and watched their processes unfold.

“You know, it’s nice to be apart of a challenge with photographers who see the world differently and back it up with different experiences. It’s been a good learning experience to observe how everyone else works and see what they bring to the table and what I can adapt for my own work, moving forward.”  –Mark Tiu

The second challenge was arguably the hardest one of the day as the photographers only had 5 minutes each to shoot and the prop they had to include in their shot was an abstract giraffe.  It was evident on each photographer’s face that this prop really threw them a curve ball and pulled them out of their comfort zone which was the main intention for challenge two.  In this set of images, some photographers got creative with shooting through the giraffe to create a white haze whereas others kept the form more literal in the image.

Challenge number three was dubbed as the “film” challenge.  The rule was that the photographers had unlimited time to shoot but were only allowed to take 5 shots and had to include the vintage lamp from the lounge in their photo.  In the digital age that we live in most of us have gotten used to having unlimited clicks available to us.  This challenge forced photographers to slow down and think through each shot very carefully.

Once the third challenge was finished lunch had arrived.  The group sat around with pizza and drinks in hand and discussed the community, photography backgrounds, plans for the future and their thoughts on the challenge so far.

After lunch was finished the group moved the to the Ballroom where the next two challenges would be held.  The ballroom is one of the largest rooms at Mint Room with beautiful white walls on all four sides.  Each wall is decorated with romantic moldings and a faux fireplace sits against the main wall.  The furniture pieces selected for this room range from Victorian style couches to wicker white chairs creating an overall luxurious feel to the space.  One of this rooms best features is its large windows that serve as every natural light shooters dream.

Earlier that day, our set stylist constructed a set around the mantle that consisted of flowers, vases, and other vintage props.  For the fourth challenge photographers were asked to include the set somehow in their image and were given five minutes to shoot.

Once the set shooting was complete it was time for the creatives to take on their fifth and final challenge of the day which was three minutes of shooting time and the ask to include a flower branch in their photo.  With very limited time photographers rushed to bring their ideas to life and soon enough it was a wrap on the day.

“There’s very little events that actually bring photographers together just to socialize and talk to each other about the industry. It is different, but in a good way.  I get to pick everyone’s brains about how they like to shoot and get other peoples feedback.” -Kevin Chow

Mint Room would like to thank everyone involved in this challenge for taking time out of their lives to come and participate, bringing positive collaborative attitudes along and making the first ever community style challenge a success.  We hope to continue creating these types of events so that we can encourage and empower other creatives in this field.

Stay tuned for our second challenge happening on June 13th!


As usual, vote for your favourite capture from our

Watch us transform the Library studio into a class

Living grand at the East Side and falling in love

This winter journey to mystical Narnia left us spe

Welcome to the coziest holiday place, subtle and s

Debuting in its firs

Our Classy in Red installation takes you on a trip

Come get lost in the mystical Narnia woodland 🦌

Rooted & grounded in love this holiday season and

WELCOME TO A JOURNEY TO NARNIA ✨

WELCOME TO THE FLOATING WISH ✨

Festive Kitchen in the making 🖤🪄

WELCOME TO THE FESTIVE KITCHEN ✨

Poses ideas for couples in our dramatic Classy in

She did it again 🫣
@dianapiresevents transforme

WELCOME TO THE CLASSY IN RED ✨

When coming up w

We’ve run out of captions because these captures

Regal Pearl in the making 🤍🪄

Irresistible holiday vibe in the Nest 🤍

As usual, vote for your favourite capture from our

White Loft is ready to have you over for the cozie

Only 2 months left till these precious holiday mom

HOLIDAYS IN THE CONSERVATORY ✨

Welcome to the M

WELCOME TO THE REGAL PEARL ✨

Tis the season to sparkle 💫
Meet the first holi

For a fresh take on

Welcome to the hol

Can’t get over how cute this fall setup photosho